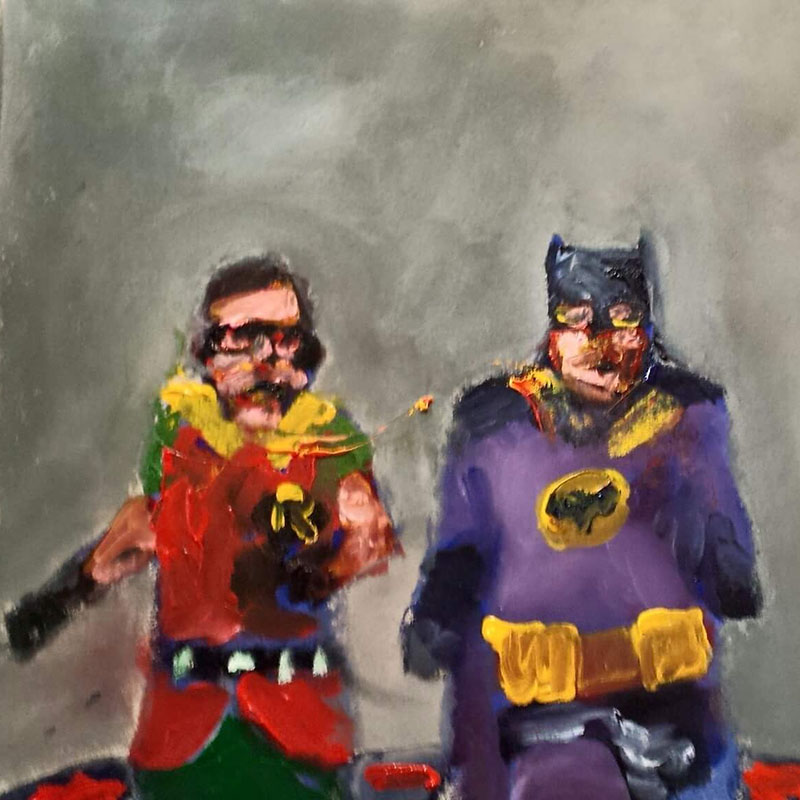 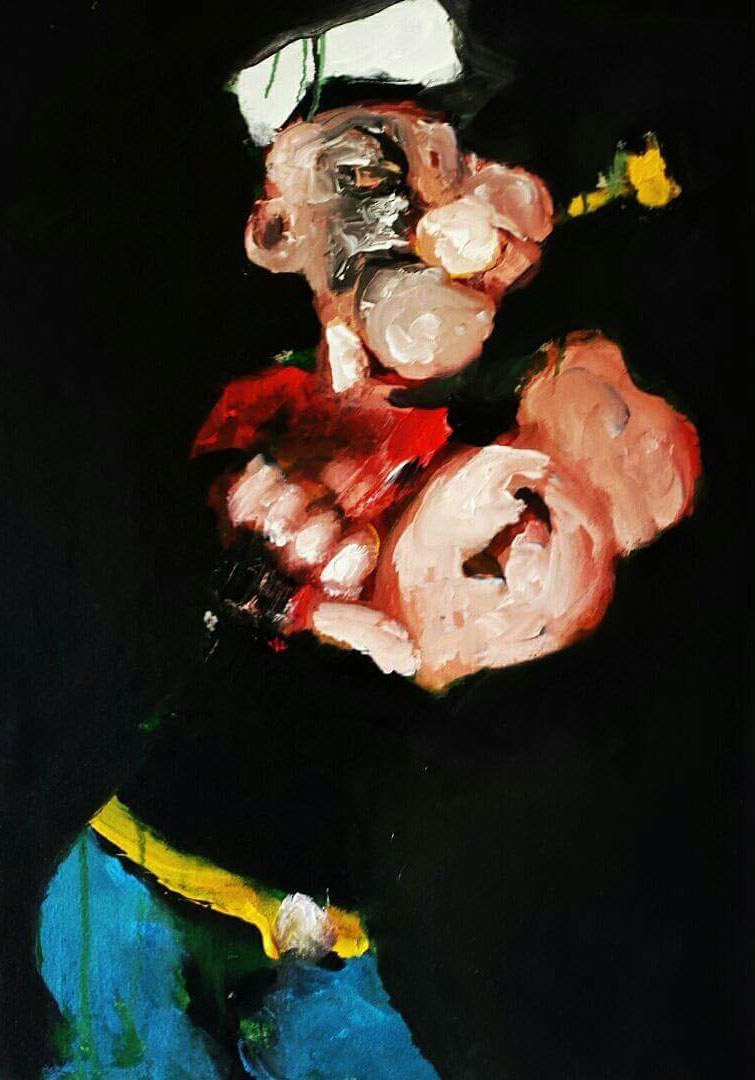 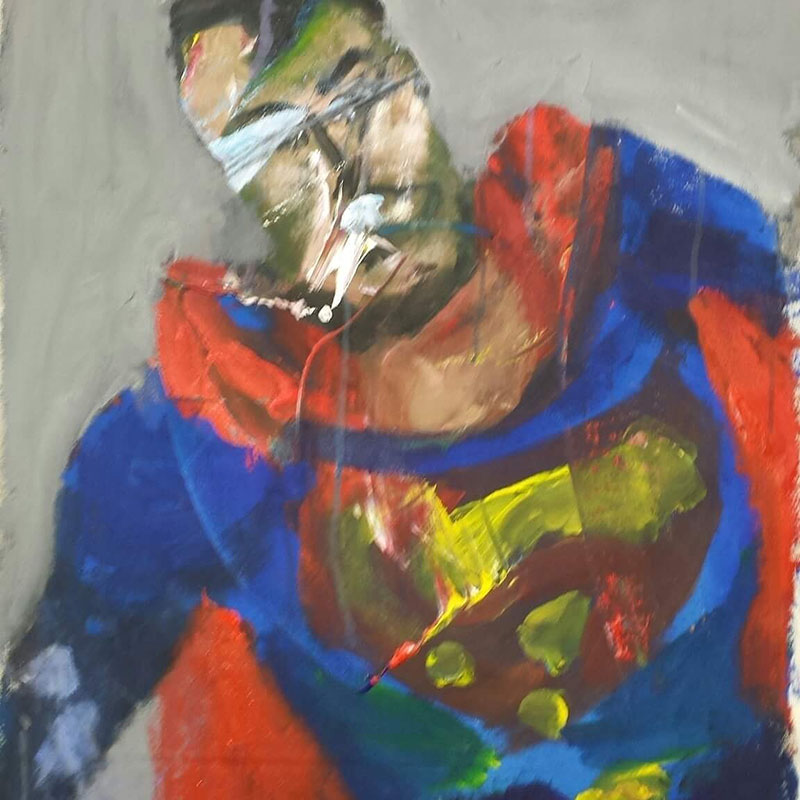 The collection of work is based on principles of using familiar imagery (codified) and cracking it out to reveal other truths within an analogue approach to color. After painting non-objective abstract, I now enjoy sharing those images that folks recognise and perhaps have some history with. I have been making a painting a day for 14 months. I don’t share processes in my work, and I like it that way. I share my work on Facebook. As soon as I finish painting I post it onto facebook for potential sales. As a performance artist as well; I enjoy the immediacy of audience’s response; the Facebook connections satisfies me in this manner. Independence/dictating of the establishment. To have direct, immediacy with those who are interested in the work/object, which opens into a relational space…circumventing that sometimes isolating space, that the art world can sometimes represent.

The idea of social interaction moves the artist out of the studio and into an interactive form of expression. The aesthetic of this interactive art form is the redirection of a symbol or ideology used in society by the ability to showcase a certain situation in a different context and to define areas of social isolation. This aesthetic is defined as a means of making something better, or the action or interaction of creating a better living space.

“Every human being is an artist, a freedom being, called to participate in transforming and reshaping.” – Joseph Beuys

Biography
For a long time I spent my time in the studio making paintings, sculpting wood with a chain saw and print making. I used those practices to find a way of expressing my frustrations with the world and its contradictions. I was also trying to create a style that was uniquely mine. I wanted a style that could distinguish me from other artists, and make me famous, rich and free to leave that factory where I worked for ten years. After achieving that style, I started to pursue gallery representation.

Several galleries were interested and I eventually was selling my work around Atlanta and Charlotte. I was receiving favorable reviews and actually one museum bought one of my pieces for its collection. This process of marketing was exciting, but after awhile it lacked any lasting quality. Galleries would come and go and before I knew it I was back to looking for representation.

Finally, I realized that I wasn’t commutating social issues through painting or sculpting. I wasn’t making any change for my community because of the limitation of my audience. I wondered why so many fellow workers at the factory didn’t know what the heck I was doing in my art. All gallery openings for the most part catered to a certain group, certain class. I could see the evolution of my work but, where was the evolution of audience?

I started to question why some people (fellow factory worker) were not aware of the art world and its glamour. I shifted the direction of my thinking about the role of audience and started collaborating with school children, fellow factory workers and the public in general. I worked in a factory for ten years and for the most part never really shared my studio practice until close to the end of working there. I eventually started showing my work to those at the factory who operated fork trucks and worked on assembly lines. I started inviting my fellow workers to openings. Collaborating with my friends at the factory allowed fresh ideas, new possibilities to come into the work. It allowed a new audience to witness my work, through their involvement.